Italian Summer Reads: That Summer in Puglia
Prev Next
Search

Being obsessed with all things Italian, the Bookings For You team are always looking for new ways to soak up the Italian atmosphere when stuck back in the UK office! And there’s no better way than escaping with a good book.

There are some real classics set in Italy, among them Frances Mayes’ ‘Under the Tuscan Sun’ or ‘Eat Pray Love’ where Elizabeth Gilbert found the true pleasure to be gained from eating well in Italy. But we were yet to find a novel based in one of our favourite regions of Italy – Puglia. So the team were unbelievably excited to discover a new gem ‘That Summer in Puglia’ to satiate out appetites! The debut novel of Valeria Vescina, the story revolves around 2 main characters – Tomasso and Anna. The narrative moves from modern day London back to Tomasso’s childhood in Puglia as readers slowly discover the story reminiscent of a Greek tragedy that binds the central characters together. It’s a plot that quickly draws you in, keen to understand what sequence of events led Tomasso to be on his own in modern day London, struggling to have a relationship following his youthful romance with Anna.

However, for us, it’s not just the storyline but the setting that makes this a great holiday read. We absolutely love Puglia and the history, culture and just overall feel and magic of the place shines through in the novel. It made us desperate to return so we’re now counting the days until we can get back there in July!

For anyone looking for a book to take on holiday, or for anyone looking to get in the mood for their next trip to Italy, ‘That Summer in Puglia’ is definitely worth a read. And, author Valeria has kindly allowed us publish an extract from the book below.

If you fancy heading to Puglia to experience the relaxed pace, excellent weather, and curious old towns, we’ve have a wonderful selection to choose from.

And here is the display case with the coin casts.  Only five remain.  One crumbled on my journey to the UK.  Two more shattered a year later, when a nosy flatmate dropped the case from the chest of drawers on which it lay.  With time they’ve all become so brittle.  Recently one more broke between my fingers.  I’ve wept, on my knees, for every one I’ve lost.

But you’re anxious to discover what happened to my father.  As you’ll have perceived by now, life would have taken a completely different turn, with him by my side.  The coin casts I’ve just shown you were there – witnesses as well as players – in the final act you’re so impatient to reach.  I’ll never forget the last conversation my father and I had about them.  It took place during the drive to Brindisi to collect the ninth piece.  I remember almost every word of it – soon you’ll see why.

‘I’m so happy that you really appreciate those casts, Tommaso,’ my father said.  ‘Monetary and personal value can be such different things.’  He glanced at me in the passenger’s seat before re-focusing on the litoranea, the coastal road, straight ahead.

‘I know.  I know,’ I said with all the certainty of a ten year old.  My hands, on my lap, gripped the display case containing the casts.  Showing them to Damiano was the least I could do – he would be pleased to see them treasured.

Olive groves, vineyards, fig trees, oleander hedges, tall blackberry bushes and the monumental paddles of prickly pears flashed past us.  New leaves were sprouting on vine stumps and fig trees, while cream and pink buds peppered the oleanders.  The four o’clock sunshine swathed the fields with a crispness like silk that in Puglia is peculiar to early April.  I wondered what had been the same and what had differed when anonymous travellers had journeyed on the Via Traiana, with in their purses denarii like the one whose cast I was about to collect, as I plastered my nose to the window of our blue Alfetta.

‘Quite a range of periods you’ve got there.’  My father flicked his head towards the plaster casts.

‘I chose coins that looked as different as possible from each other.’

‘Funny.  D’you know what?  If children everywhere did the same – from Cairo to Canberra – the world might be a more peaceful place.  Everyone’s a mixture, so a notion of all the bloods mingling in our veins, and of the roller coaster of history, might do some good.’

‘Silly Daddy.’  I mimicked the sing-song tone with which Mummy teased him whenever he surprised her with this kind of observation.  ‘Going off on a tangent,’ she called it.

‘I’ll tell you what those coins of yours are whispering in my ear.’  His tone too was jokey, now.  ‘Your high cheekbones are a gift from a shepherd from southern Illyria who settled here – today they’d call him Albanian and try to repatriate him.  Your left eyebrow was definitely drawn by a young Greek bride – she used her finest black make-up powder, I can tell.’

‘Oh, Daddy…’ I rolled my eyes and laughed.

‘Wait, I have it all on good authority.’  He put on an air of mock solemnity.  ‘Your forehead was the gift of a Roman miles who got his nastiest scars in the war against the great-great-grandchildren of your Greek great-great-etc-grandmother.  The wife of a Byzantine soldier-turned-merchant drew your right eyebrow, and a brilliant job she made of it, too – she wasn’t going to be outdone by her Greek rival.’

‘And my coins are whispering all this?’

‘Of course.  There’s one for an ancestor of almost every origin.’

‘Ok.  But tell the remaining ones that there have been too many soldiers so far.’

‘Well, what do you expect?  I’ll see what I can do, but this region was a battleground.  To be a porta d’Oriente, a gateway to the East, might sound poetic, but to those who happened to live here it was often a curse.’  He recovered his breath before continuing – his chest heaved and relaxed again.  ‘You owe your blue eyes to a Norman – a soldier at first, I’m afraid, but a peaceable landowner later.  A handsome Arab, maker of damascened shields in Lucera, passed on to you his raven-black hair.  That fine nose is from an Anjou young man destined for the priesthood malgré soi just by dint of being the youngest son – not all too keen on the vow of chastity, but can you blame him in the circumstances?  And finally, to your smooth, light-amber skin: your bequest from a penniless Andalusian bard brought over by a Spanish governor to lighten the load of his foul posting to a malaria-infested Apulian town.  How am I doing?  That should make eight coins.’

His lips formed a wide smile which showed up the dimple in his right cheek. 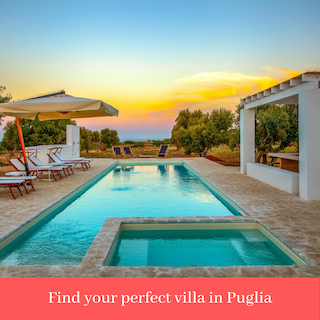 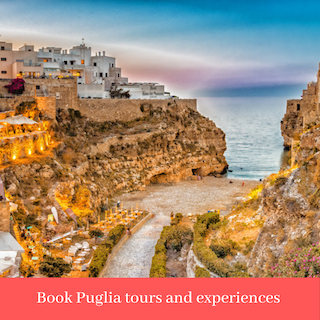 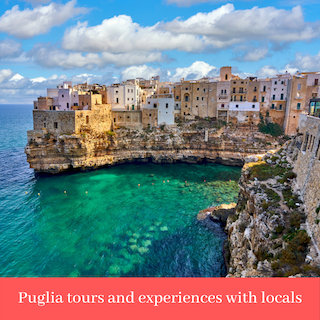