Italy is famous for its beautiful villages – so much so, it’s almost impossible to know where to start. To help you out, we’ve compiled some of our favourite villages to help you decide on where to go on your next adventure.

San Gimignano is one of Italy’s most famous hilltop villages — and with good reason. Often described as the ‘jewel of Tuscany’, San Gimignano is definitely worth a visit if you’re in the region (and even if you’re not). Renowned for its fourteen towers of varying sizes, the town is the perfect day trip for architecture and history lovers alike.

Must-do: The museum San Gimignano 1300 displays a reconstruction of the city as it existed over 700 years ago; the exhibit includes over 800 structures and 72 towers amongst the street scenes and figurines.

This Tuscan village is a medieval hamlet — originally built between the 12th and 15th centuries. It’s a vibrant mix of taverns and restaurants, museums and churches.

Must-do: The village hosts the Mercantia festival during July, an international festival of street arts.

One of the five villages which makes up Italy’s Cinque Terre region, Manarola is a dazzling collection of rainbow coloured houses teetering on the edge of the Mediterranean. The area is famous for its fish and wine, and — as expected — the village’s many restaurants take advantage of this.

Must-do: There’s a gorgeous coastal walk, and the views of the whole village are simply spectacular. Maps can be picked up from within the town, or ordered online beforehand.

Located on an eponymous island in the middle of Lake Iseo, this town is a twenty minute ferry from the town of Iseo. It makes an ideal day trip for a gentle wander and lunch, and the island has some fantastic restaurants to choose from.

Must-do: Visit the shrine of Madonna della Ceriola; it’s the highest point of the island, and has been standing since the 16th Century.

This medieval and renaissance village is located in southern Tuscany, and renowned for its production of pork, Pici pasta, lentils and Vino Nobile Red wine. 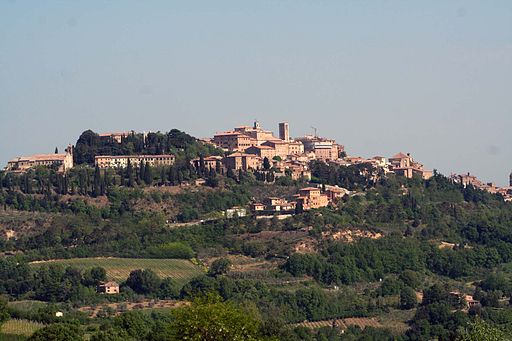 Must-do: Wine tasting. There are numerous vineyards surrounding Montepulciano, or you can sample the local wines in the many bars within the village itself — many have cellars which hold private tastings.

This Sicilian village has something for everyone — a gorgeous sandy beach, a buzzing nightlife and plenty of medieval architecture typical to the region.

Must-do: Climb the steep ‘Rocca’ hill; you’ll be greeted by the ruins of the Temple of Diana — an ancient stone structure which was modernised in the 5th Century BC in the classical Greek style. You’ll also be rewarded with superb views of the surrounding town.

Known as the ‘city of stones’, this village has been granted UNESCO status due to its beauty. It’s one of the oldest inhabited villages in the world, with the city founded by the Romans in the 3rd Century BC.

Must-do: It’s worth taking the time to explore the ancient cave-homes which have been painstakingly carved into the rock of the hills which surround the village. These are also popular with filmmakers looking to recreate ancient towns.

Great activities for family holidays in the Italian Lakes

A brief history of Italy

Quiz: Can you match the Italian landmark to the picture?